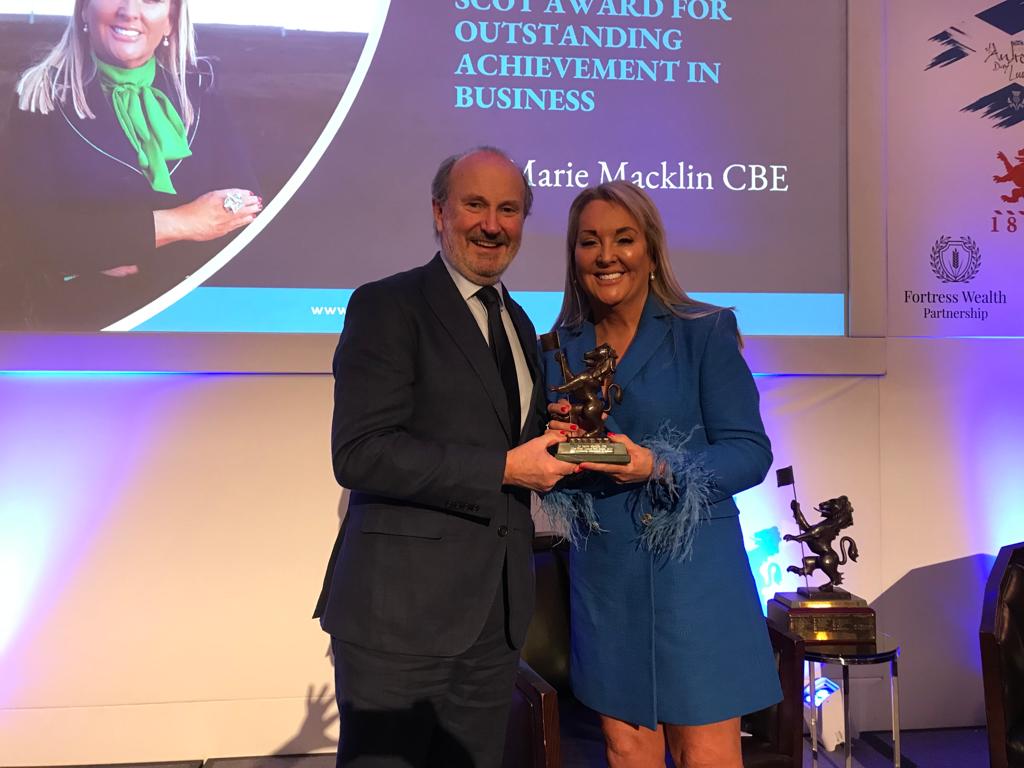 News
by Ewan-HALO
No comment(s)

Her award was presented at the Sheraton Grand Hotel in London’s Park Lane on Friday 25th November as part of London Scottish Rugby’s annual St Andrew’s Day lunch. The event brings together the Scottish diaspora and the London Scottish business, sports, arts and entertainment communities each year to celebrate Scotland’s national day and to honour those individuals who have made a significant contribution to Scotland and the Scottish community with the Great London Scot Awards. This year the lunch raised funds for the Prince & Princess of Wales Hospice in Glasgow and London Scottish Rugby.

Marie follows in the footsteps of great Scottish business names such as Sir Archibald Boyd Tunnock, Chris van der Kuyl and Dr James Hay, who have won the award previously, and was honoured for her work in creating the first HALO development in Kilmarnock, her support for young Scottish entrepreneurs and her charitable work.

Marie’s award was presented by Lord Offord of Garvel who said:

“The Great Scot Awards were introduced in 2013 to celebrate the incredible achievements of extraordinary Scots. Marie becomes only our fourth winner of the prestigious Outstanding Achievement in Business Category.   Marie is a visionary with endless energy and has recently delivered the first phase of an incredible community led transformation of the former Johnnie Walker site in Kilmarnock which was bought from Diageo for £1, transforming this into the £65 million regeneration proposal, The HALO Kilmarnock.  She is now looking to take this successful brand and expertise across the UK.”

“I’m proud that our work has been recognised here in London and to follow in the footsteps of such Scottish business greats who have achieved so much outside of Scotland. We Scots have always been an industrious lot, so I accept the award on behalf of all of us who, through hard work and application, have enjoyed success.” 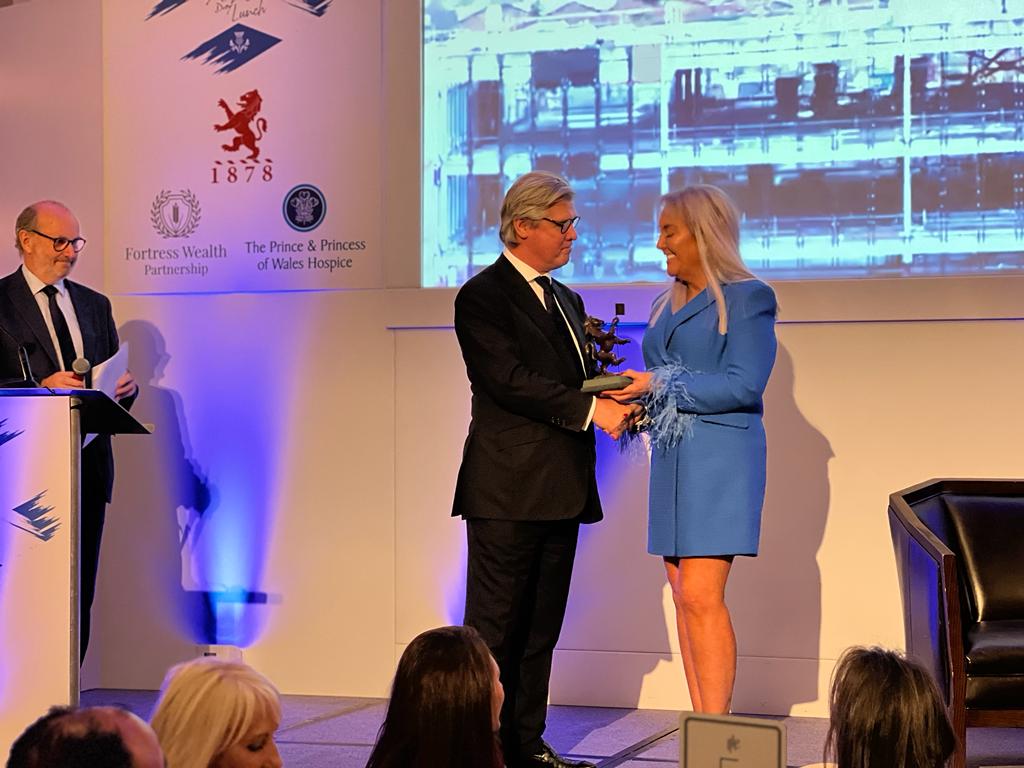 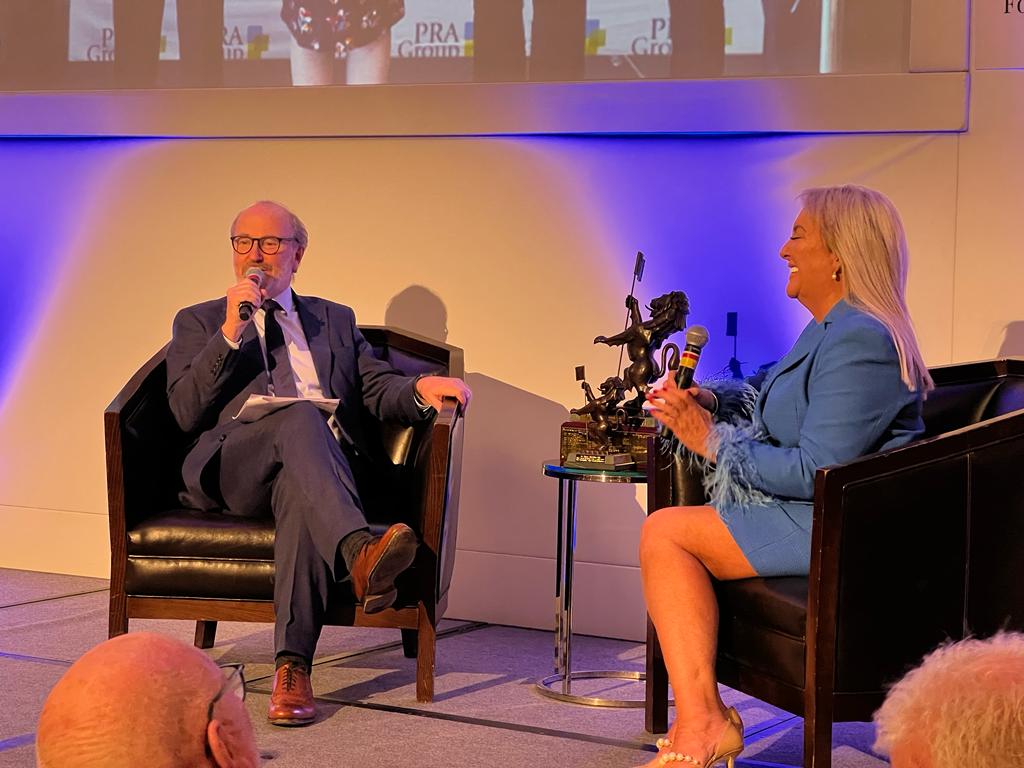