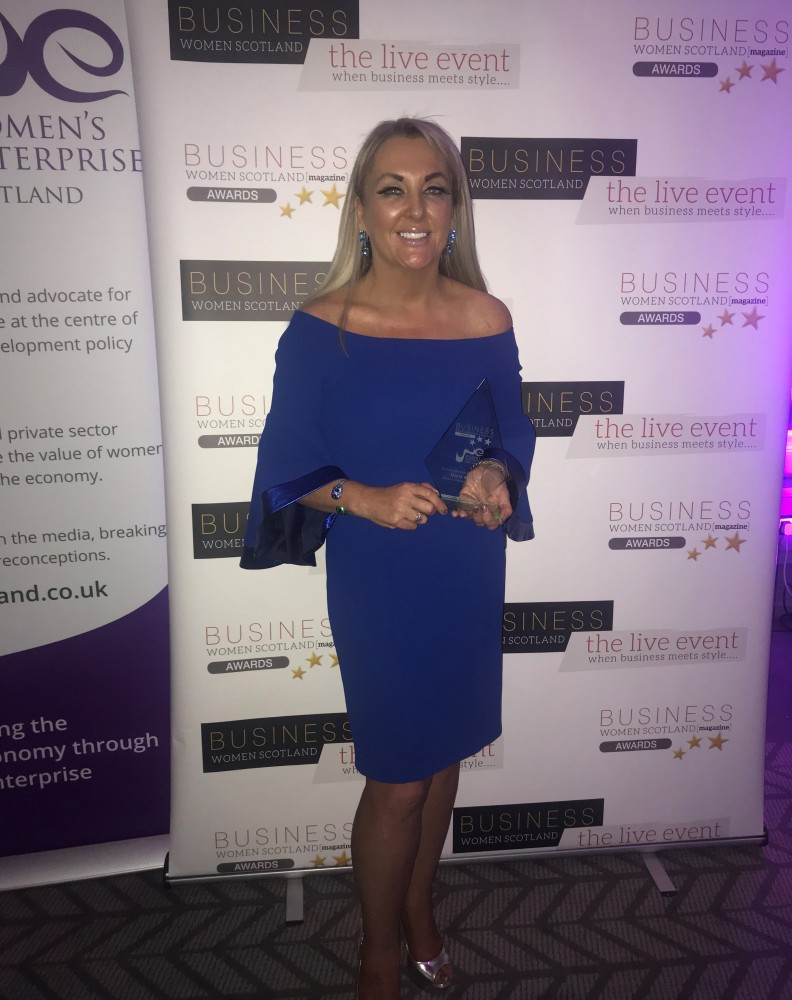 Marie Macklin C.B.E., owner and Executive Chair of Macklin Enterprise Partnerships, has been announced as the Business Women Scotland (BWS) and Women’s Enterprise Scotland’s (WES) Business Woman of the Year. The prestigious accolade was presented to Marie at the awards ceremony last night (Thursday 26 October) at the Grand Central Hotel, Glasgow. 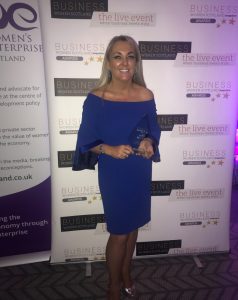 On receiving the award, Marie said:

“It is fantastic to be recognised as Business Woman of the Year by an organisation that I truly value and support. I am passionate about supporting entrepreneurs but even more so about encouraging women to take on leading roles within business as that will truly help to grow Scotland’s economy. I hope that my achievements encourage other female entrepreneurs to be ambitious and dream big.”

Before establishing Macklin Enterprise Partnerships in 2015, Marie transformed The Klin Group, a construction business, founded by her father, into an entrepreneurial property development company engaged in economic and social transformation in Scotland. After acquiring it in 2003, Marie was the first developer to locate a Wm. Morrison Supermarkets PLC in Scotland as part of an £85M regeneration development.

Marie is also Founder and Director of The HALO Kilmarnock Ltd, an imaginative, innovative and inspirational regeneration initiative to revitalise the centre of Kilmarnock and support the growth and resilience of the Ayrshire economy. This multi-faceted regeneration of a 23-acre site, formerly the Johnnie Walker bottling plant, will generate over £53million in GDP for Kilmarnock and £65million for Scotland. The development will stimulate over 1,800 jobs.

Marie is also Founder and Director of The HALO Belfast Ltd, which aims to bring the HALO concept to the Northern Irish capital and is currently consulting with local communities to ensure that this development meets the needs of local people.

In November 2016, Marie was recognised by the Scottish Business Awards as Female Business Leader of the year. In March 2017, Marie was named Non-Executive Director of the year by the Institute of Directors Scotland (IoD), for her engagement with Appointedd. She received her C.B.E. in 2014 for services to Economic Regeneration and Entrepreneurship in Scotland.

BWS and WES have collaborated to mark the achievements of the growing numbers of women-led businesses. The Business Awards celebrate the entrepreneurial talents of women across Scotland – and help to create more business role models to inspire the next generation of leading women.