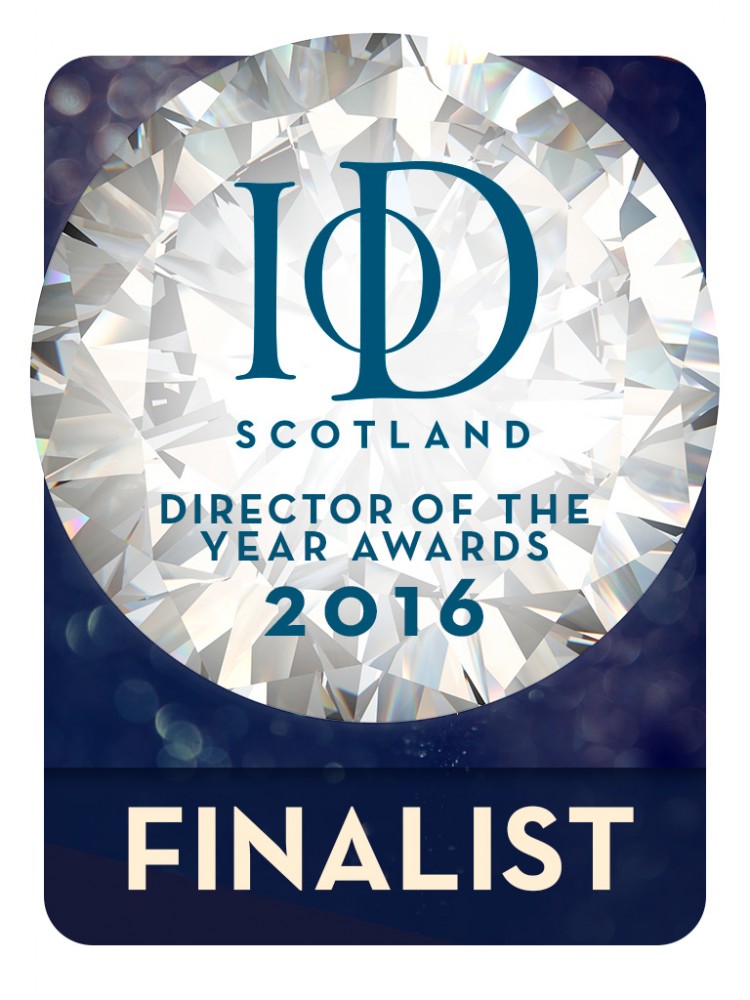 Marie Macklin C.B.E has today been announced as a finalist in the category for Non-Executive Director of the Year at the Institute of Directors Scotland Awards 2016. The awards recognise individuals who have displayed the highest standards of leadership and business succe

ss in their organisations.  Marie was nominated by Appointed, in which she is an investor and on whose board she sits, for her role as Non-Executive Director.

Marie said: “To be nominated and shortlisted as a finalist has come as a pleasant surprise. I am delighted to be amongst such a prestigious list of finalists who do so much for business and the economy in Scotland.

“It’s an exciting time to be a Non-Executive Director and an investor within the tech sector in Scotland. Working with Appointedd, with CEO Leah Hutcheon at the helm, has been exciting and rewarding on many fronts. Through hard work and determination, the company has grown on an international stage and we look forward to continuing that growth throughout 2017.”

Leah Hutcheon, CEO at Appointedd, said: “Marie has been integral to Appointedd’s growth, both in the UK and internationally. With Marie’s guidance, Appointedd has entered a new phase in its growth, announcing a number of international deals, including our largest ever, with Alliance Business Centres Network which has 500,000 clients across 700 offices globally.”